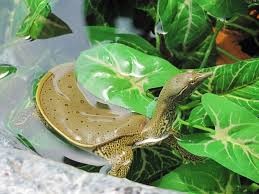 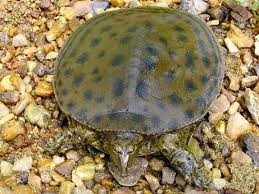 The spiny softshell turtle is one of the largest freshwater turtle species in North America. It is Ontario’s only turtle with a flexible, leathery upper shell. The shell is olive-grey, brownish or tan, and its edges are yellow with a black outline, along each side of the head is a distinct yellow stripe outlined in black. In adult females, the shell may be smooth, but there are several large spines or cone-like projections.  Spiny softshells begin mating between the ages 8 and 10 in mid-to-late spring and the eggs will hatch in late August to September.

2008: Species assessed as Threatened under the Endangered Species Act

What YOU Can Do to Help: